Today is the day of Burlington’s Mardi Gras. The parade is at 3, but people are already pouring into the city for celebrations. Our time in Burlington has been pretty low-key so far. We’ve been getting our bearings and resting up.

The first night here was spent scrambling for a place to stay. I had a radio interview to do in Colchester which wasn’t getting out until 1 in the morning, and it was tough to find a night owl to put us up for the night. Our one hopeful fell through, and so we found ourselves on the lap of luxury at a Super 8 watching “The Secret To My Success” (one of Michael J. Fox’s most under-appreciated movies.) We slept through the free continental breakfast, but convinced the nice girl behind the counter to reopen it for us. After waiting exactly 30 minutes we hit the pool and hot tub. From there we drove around until we arrived at Ethan Allen park. We walked around for a few hours and saw his tower and his gazebo. Apparently his homestead is also somewhere on the property, but it managed to elude us.

Our second night was spent at trivia at Nectar’s (the bar where Phish got their start). Our team didn’t win, but we did get a t-shirt that says “SOCO and Lime” which Chris was pretty excited about. From there we went to a bar called Esox. All of the bricks in Esox’s dive atmosphere have been written on by patrons. The furniture was sparse – a few rickety tables and chairs thrown haphazardly into dark corners. The bartender was a weathered middle-aged woman who was exceedingly polite. For a few hours we played pool and picked classic rock songs to play off of the juke-box. My brother decided to break the atmosphere by picking the juke-box’s only Avril Lavigne song, “Skater Boy.” This was immediately vetoed by the entire bar, as the bartender quickly moved to turn the song down. It was as if our cover was blown but we were past the point of caring.

Last night Chris and I parted ways for the evening. I stayed in and watched the Olympics with my brother and his friends. After some Bob Costas heckling and a lengthy discussion about the nature of curling, the five of us found ourselves watching the biathlon in complete silence. It was generally agreed that we had no idea what was going on in the sport, but it was mesmerizing nonetheless.

So now it’s off to Mardi Gras.

Here some pictures from various stages of our trip from Montreal to Burlington. All these pictures are highly volatile and should not be clicked on lightly. Feel free to download them and photoshop images of your self into them, if you feel like your missing out on the journey. Free Gelato to the best photoshop entry. Bonus points for violence and/or nudity. 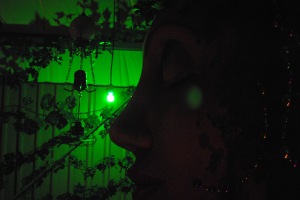 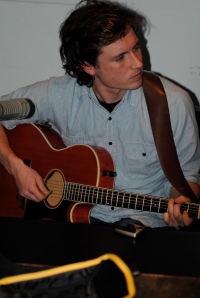 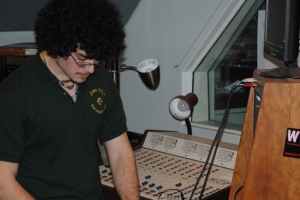 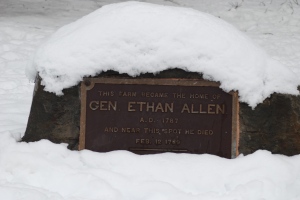 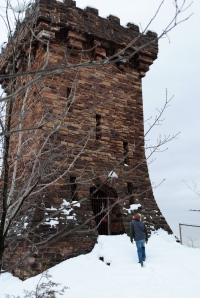 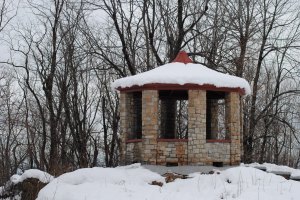 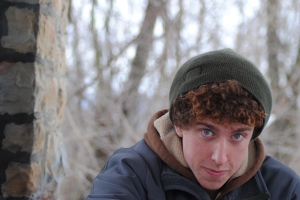 We’re getting backed up on pictures, so here are a bunch from our lengthy jaunt in Montreal, and the apartment we stayed in. 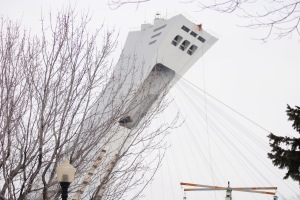 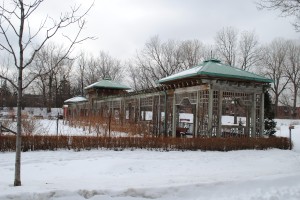 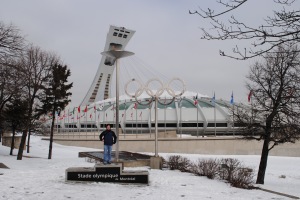 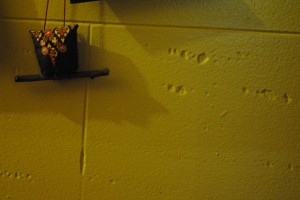 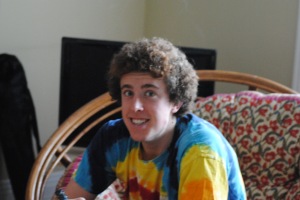 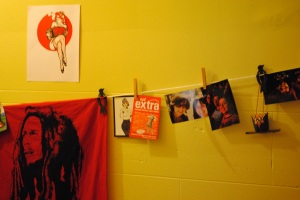 Currently Tim and I are sitting in the radio booth at WWPV 88.7 out of Colechester Vermont. Tim is playing a few tunes from his album, future albums and the Forever Wild soundtrack. The studio is small, but lavish and comfortable after hanging out in the snow and slush all afternoon. We had a slow drive from Montreal and its wintery filled streets, almost ran out of gas close to the border, but we made it on pure adrenaline and a Nalgene filled with rocket fuel. After our arrival in the B-town we wondered with out aim, except maybe some coffee and a wi-fi connection. We did manage to find a couch to crash on despite our wet feet and failing batteries. Anyway Tim is playing his first song live right now, Dandelion Wine off Telephone lines. I can only imagine that all the female listeners are gazing longingly at their radios and Ipods with pod casts picturing Timothy in all his plaid glory. Thank you Canada. Your welcome Vermont.

Tim will be doing an in studio appearance at WWPV tonight. Tune in at 12:30!

A special thanks goes out to our new friend Phil.  An Ottowan with a slight preference for swinging and a desire to prove that canadians were down for the cause, but really he was just avoiding a prgnant wife apparently.  A real good dude either way.  Then later on at the very same establishment we met a kid named simon with a propensity for revolution and general dislike for America.  Eventually he ended up admitting that we weren’t total mindless self indulgent americans ended

Last night was spent getting acquainted with Canada. We focused our efforts on a bar up the street from where we are staying. A band named Le Couleur was playing, and despite being oblivious to any of the songs` subject matter, we still thoroughly enjoyed the show. A man named Philip who spends his Summers on Old Orchard Beach set out to prove the fabled hospitality of Canada and bought us a plethora of drinks. He even showed us a few magic tricks. We spent the evening meeting people in the bar and playing a few epic games of foosball. We even had our new friends write points of interest on our tourist map. The bar closed at three and we wandered back to our couch.

Soooo as it turns out there is something of a music festival in the works right here in Montreal, (Mont Royal?)  and we want to see as much live FREE music as we can.  Jeff Beck and Eric Clapton are playing tonight for a measly 70 dollars at some venue I’m sure is not big enough for their combined career discographies.  So what’s the plan you ask?  I’m Chris Clapton and my partner in crime and fame by association is Timothy Beck.  All we have to do is convince event security of our likeness’s.  More updates once our new found fame is recognized and we are sitting back stage smokin doobies with our fathers.

Chris and I have migrated up to Montreal for a few days. We had a great time in Boston with Craig and company, but had to push on. Yesterday was spent driving here from Boston on the winding roads of the north country. Most of the drive was on 89 – a highway carved out the mountains with sprawling views that brought us through New Hampshire and Vermont across the border. We found a wonderful place to stay through couchsurfing.org and spent last night playing guitar with our great host, Maude. 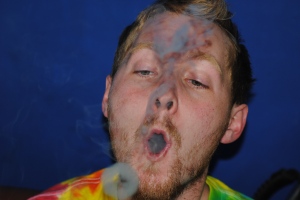 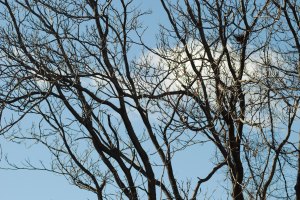 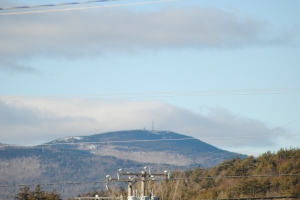 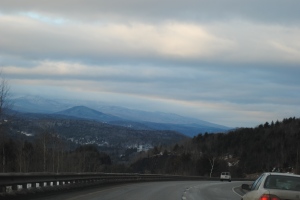 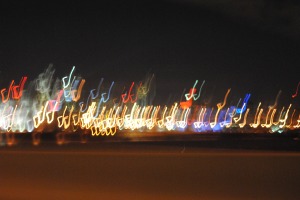 From Our Newest Contributor, Tyler:

Old cities like boston are a giant pain in the ass to travel around- especially if you have a car.  the roads are so ass backwards and confusing there is no easy way to get anywhere.  what they need to do is tear down the city and put up something better.  best way to do that- bacon factory.  have all the roads in the city converge on the bacon factory, the bacon factory could have genetic engineered pigs.  the pigs would be as big as cars for more bacon.  they could engineerem so when they get scared there legs freeze up…kinda like this.  that would makem alot easier to catch when you wana turnem into bacon!  BAM!

When I Get Home
Blog at WordPress.com.